The traditional Turkish shepherd flute, now available also in highly durable PVC. Plastic kaval is easier to play and more resistant to weather and cracks. Its sound is loud, warm and popular among all players.

About the Turkish Kaval: The kaval is a chromatic end-blown flute traditionally played throughout the Balkans (in Albania, Romania, Bulgaria, Southern Serbia, Kosovo, North Macedonia, Northern Greece and elsewhere) and Anatolia (including Turkey and Armenia). The kaval is primarily associated with mountain shepherds. Unlike the transverse flute, the kaval is fully open at both ends, and is played by blowing on the sharpened edge of one end. The kaval has eight playing holes (seven in front and one in the back for the thumb) and usually four more unfingered intonation holes near the bottom of the kaval. As a wooden rim-blown flute, kaval is similar to the kawala of the Arab world and ney of the Middle East. Read more (Wikipedia)…

With over 11 years of experience, we are here with the right expertise to help you. If you have any technical questions or just anything - feel free to contact us at info@ethnicmusical.com We reply within 12 hours and usually much faster. 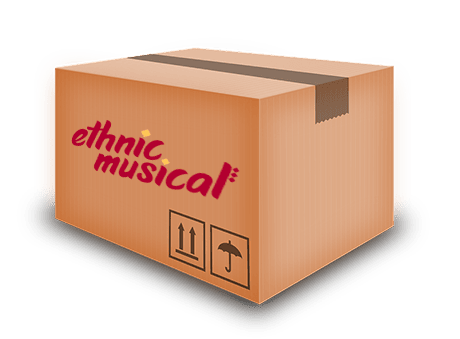