Oud, oud - where it came from, types of ouds

The Oud – Smell or Play?

Smell Oud or Play the Oud?

For many people, Oud isn’t an instrument, but a fragrance.

Yes, Oud is a highly valued perfume. It’s in use mostly by fans from Saudi Arabia and the gulf countries.

Why is Oud so expensive?

It is also said that the most strong and aromatic Oud fragrance, is extracted from the older trees. 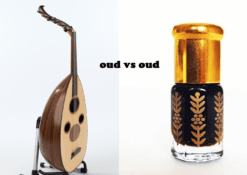 The origins of the word Oud

It’s not a coincidence that Oud perfume and Oud the instrument, share the same word. It’s the origins of the Arabic word that makes these two different object have the exact same name.

Yes, as the Oud has evolved it was named Oud, after it’s main material, wood. The oud perfume is made of the agarwood which is also known as “The wood of the gods”.

For many, it is the world’s most extravagant perfume.

The culture around the Oud perfume

For centuries, the Oud perfume has been an expensive and rare material.

In the Islamic world it has taken a place of an holy incense, used in mosques and in religious ceremonies.

Now days, the Oud is used as a precious object one can give as a gift to his client, boss or wife.

To the elite Saudi business people, it’s not only a matter of smell, but as a prestige luxurious way of showing their social status. 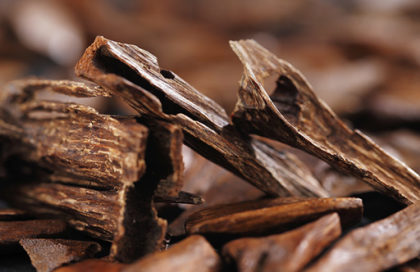 Why is Oud so expensive?

You might be asking why only 2% of the trees can be used for extracting the oil. The answer bares in the amazing way that the agarwood is create.

It happens when some trees get infected by an insect of fungous.

Termites and other animals are attracted to the tree and trying to penetrate it’s shell.

Once they succeed, holes are create inside the tree.

The tree tries to protect itself and produces a unique resin that fills the small hole that was created.

As the resin ages and slowly matures, the smell and the sophisticated aroma are then created.

Oud has many uses, besides the religious and the Arabic rituals.

It said to be effective for many health related problems such as spasms in the digestive and respiratory systems, fevers, abdominal pain and even asthma.

Some are using the powerful perfume for soothing and relaxation, and it’s widely in use in aromatherapy.

These facts, and it’s prestige position has made the Oud, a very expensive material.

Let’s look at today’s prices up the prices.

The cheapest oud oil is distilled from aloeswood that costs as little as $20 a kilogram, If you are looking for the best you can get, then the prices raise dramatically.

For the finest oud out there, you can expect to pay  a starting price of $50,000 per kilogram.

Prices of the instrument Oud

When it comes to the Oud instrument, prices prices vary as well.

It is currently in Arizona, reputedly owned originally by Farid Al Attrash.

Such oud has an estimated value of over 210,000$. In the other side of the price scale, in case you ware walking in Cairo, Mohammed Ali street, you can find ouds for as low a 50$!

You are welcome to browse through our Oud catalog, and find great hand made ouds at very reasonable prices. For example, a Syrian Oud starts at 380$ only!