How to tune the Oud?

If you are reading this after having some experience with tuning western instruments such as guitars, get ready, this isn’t that easy. So take few minutes to read about the right way to tune your oud, and give it the appropriate time to practice it. Eventually, when the oud is tuned well, it also sounds better, as the strings resonate with each other.

The main obstacle to tune the oud, is the fact that it doesn’t have a mechanical system to hold the string from slipping back. In the oud, it is merely a pin stuck in a hole. A good oud maker, will know how to adjust the diameter and the size of the peg to the hole, and helping the peg stay tuned for longer period. 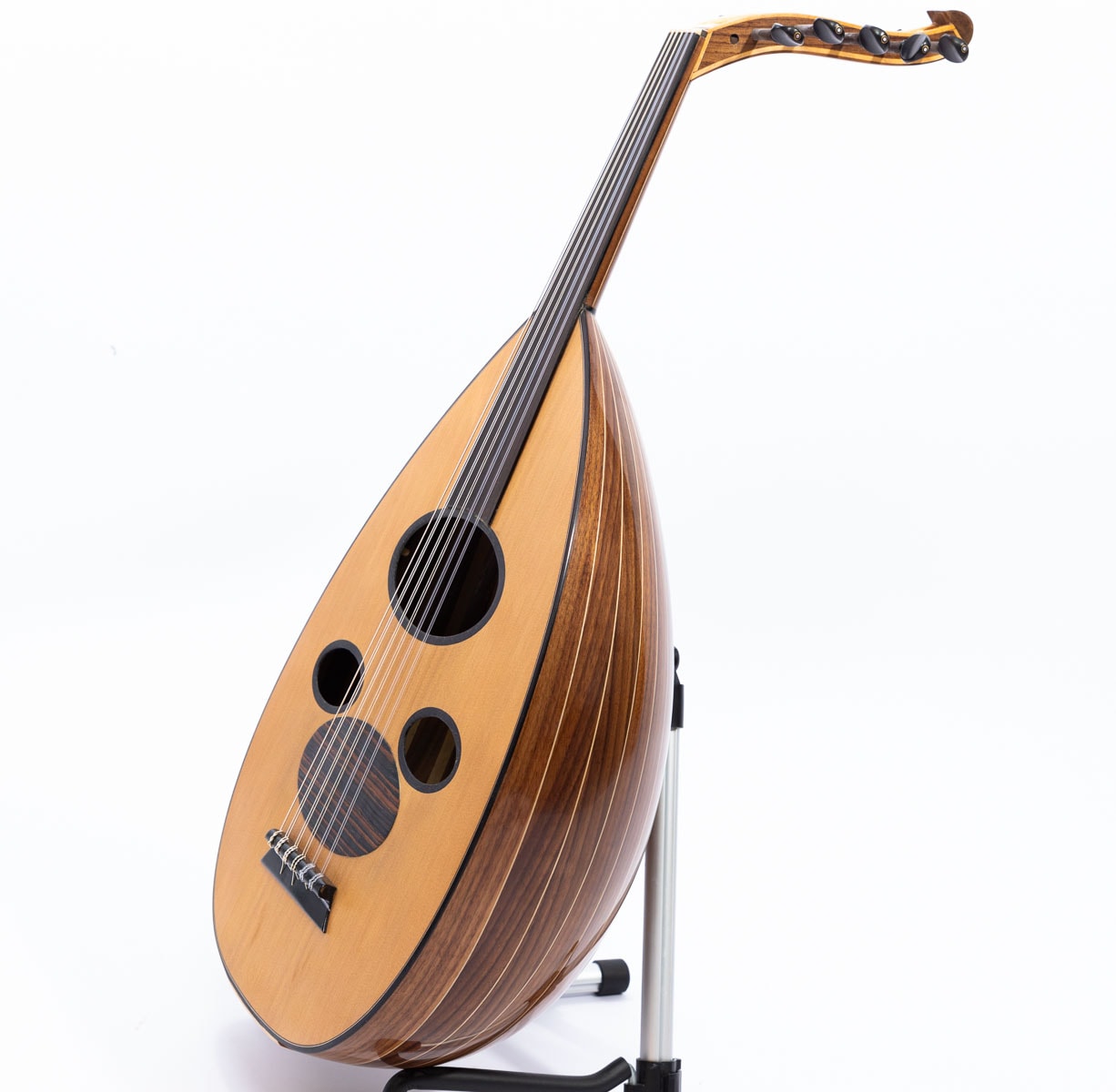 For tuning the oud, it is prefered to have a good clip tuner, such as the snark. This tuner can easily fit the peg box of the oud; it will also work regardless to the noise around you, as it is sensitive to the vibrations the oud is producing.

It is vital to understand that in order to tune the oud, you have to simultaneously turn the peg and push it inside. In that way, you are stretching the strings while making sure that the peg will be pressed inside, therefor staying inside without moving. We suggest you to sit straight, with the neck of the oud sitting on your left knee. This will give you a contra to push the peg inside while turning it.

The oud has 11 strings in total:  5 pairs and the lowest string single. We recommend tuning only the top of each pair, and then match the second string to the tuned string. This way you are more likely to get you Oud well harmonically tuned.

There are many ways to tune the oud, and you should first find out the vibrating length of your oud. This length is measured from nut to nut. Turkish ouds are around 58cm, while arabic are around 61cm.

There are 2 main tuning that are suiting the vibrating length of the turkish oud. The most popular is this one, which is comfortable for most of the Maqam. When playing Makam Hicaz (Hijaz) the oud is often tuned as follow, this tuning lets the player use his pinky to play the Hicaz note easier. The most common tuning for playing maqams such as Bayat, Rast, Hijaz, And Segah is this tuning. It is also comfortable for playing western pieces on the oud with other players. In Iraq, Egypt and some other areas in the middle east, the oud is often tuned a 4th higher. This allows the player to have a high F (fa) melody note that cuts through the PA and is very well heard, and hard to ignore. For this tuning you will have to use a dedicated set, with a F string 0.60mm as the high note. Video Tutorial: How to tune a Turkish oud?